Tea on Tuesday - on Thursday 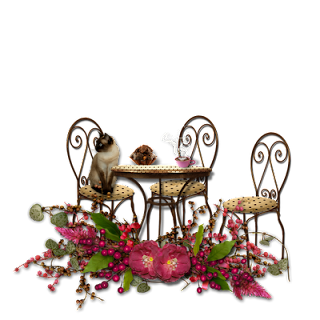 Lemons! We have ripe lemons on our little Meyer Lemon tree. A recipe for Lemon Curd, a sweet lemon custard, is timely and delicious. You can spread this on tea breads or scones, or use it as a filling for lemon tarts. Homemade lemon curd is very buttery and rich, much different from those in a jar.
Lovely Lemon Curd
3 large eggs
1 cup sugar
1/2 cup (1 stick) butter, cut into pieces
1 Tbsp. finely grated lemon zest
1/2 cup fresh lemon juice (3 - 4 lemons)
2 - 8 oz. containers
Instructions
In top of a double boiler, with a whisk, beat eggs until frothy. Stir in sugar until well mixed. Add butter, lemon zest, and lemon juice. Set top of double boiler over bottom filled with 1" of simmering water. DO NOT ALLOW WATER TO TOUCH THE BOTTOM OF THE TOP PAN. Cook lemon curd over medium heat, stirring constantly with a whisk, until it has thickened and coats the back of a spoon, about 15 minutes. Pour into jars, and cool to room temperature. Cover and chill at least 2 hours. The curd will thicken as it cools. Keep chilled for 1 - 2 weeks (if it lasts that long!)
Copyright 2000-2010 by Invisible Loom and Craft, Renee's Tea Party, all rights reserved. For personal use only.
Posted by Invisible Loom at 1:06 PM No comments:

Marjorie Arnott is a wonderful, talented lady who will make you a braille book, and specializes in crafting. I have several books from her, including 3 cookbooks from "Blind Mice Mart" and some wonderful knitting titles: Porta Patterns, Guide for Knitting Techniques, Porta Projects, and Hats for the Entire Family. Marjorie has a large catalog of books, and you can contact her at: msarnott@q.com.

For crafting books in large print or braille, Horizons for the Blind is a wonderful resource. I recently received 4 wonderful cookbooks from their "Bear Wallow" series, including "A Dish of Tea" from the Prairie Conner Museum. They are all beautiful books at very reasonable prices.
Posted by Invisible Loom at 10:17 AM No comments:

Counting down to Valentine's Day 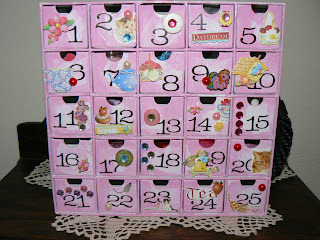 I made Tween and Teen girl a little box for counting down the days to Valentine's Day. Then, I forgot to give it to them....sigh. It is a sweet box, but I still have 6 empty drawers to fill, so hopefully they will not peek ahead at the last rows.
Posted by Invisible Loom at 1:29 PM No comments: 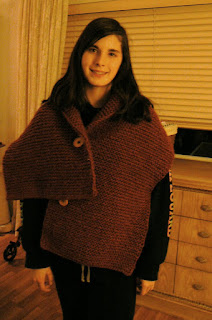 Sweater Shawl for a Loom

Supplies:
4 skeins Wool-ease thick and quick Chunky (or super bulky wool/wool blend) for average height person. For a longer shawl, add an additional skein of yarn.
Regular Gauge loom (½ inch between pegs) with at least 55 pegs, that is sturdy enough to hold the weight of a heavy piece of knitting. CinDwoods 90 peg afghan loom was used for the sample.
Loom hook
Crochet hook
Three 2-inch buttons

Pattern Notes:
A needle knit pattern for a sweater shawl was in “Mary Jane’s Farm Magazine” October 2009 issue, and inspired me to make this piece. It is a simple rectangle, with a single button hole at one end, and three buttons on the other end. The buttons let you wear the shawl asymmetrically, or button it as a little cape. The center of the shawl may be rolled over to form a collar. 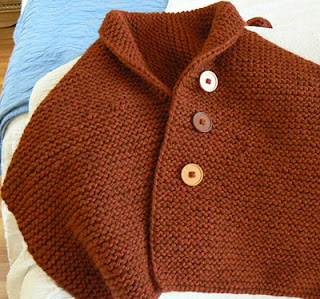 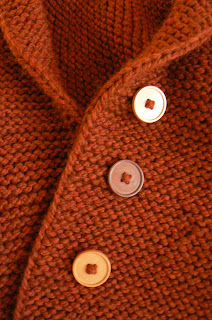 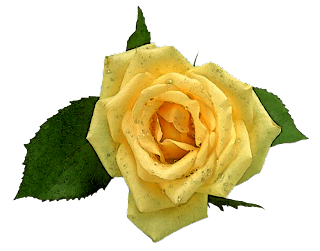 More tea has arrived, including a wonderfully scented Hot Cinnamon Spice from Harney & Sons. This is a nice recipe to go with cinnamon tea:

Instructions
Pre-heat the oven to 400 degrees.Generously butter the madeleine pans, and sprinkle with cinnamon sugar. In a bowl, sift together the flour, 1 tablespoon of sugar, salt and cinnamon. Set aside. In the bowl of a mixer, combine the eggs, yolks, and 1 TBSP. of the sugar. BY HAND, whisk together just to combine. Add the remaining sugar and whisk by hand to mix. With the mixer, whip the mixture on medium speed until it is airy, pale and tripled in volume, like softly whipped cream, (about 10 minutes.) You will know it is done if you lift the whisk and the mixture falls back into the bowl in a ribbon that rests on the surface for about 10 seconds. Pour the vanilla in during the last moments of mixing. Remove the bowl from the mixer. Sprinkle the flour mixture over the batter. Fold in with a rubber spatula until the flour is just incorporated. Repeat with the remaining flour mixture. Gently fold one cup of the batter into the melted butter. Fold this mixture back into the batter in the mixer bowl. Fold gingerly, as the batter is most fragile, and must be baked immediately. Spoon or pipe the batter into the madeleine pans, filling them almost to the tops. Bake 10 minutes at 400 degrees, until puffed and starting to come away from the sides. Cool a minute or two, then turn out onto a rack
to cool.

Makes 12-15 large madeleines. Store up to a week between sheets of waxed paper in a sealed container. 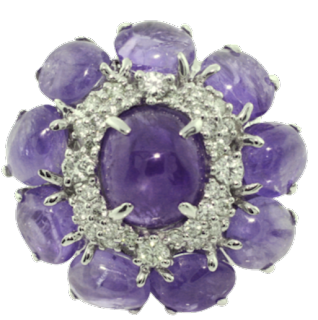 The lovely, helpful knitters at Blind Stitchers Google Group have helped me find a wonderful, accessible resource : Walker's Treasury of Knitting. It is available as a download from Bookshare.org, and with a membership, you are given the software to read the book aloud. I have started in right away, and tried the Harris Tweed Stitch Pattern. It adjusted well to the loom.

Posted by Invisible Loom at 5:15 PM No comments:

Icing on the Cake 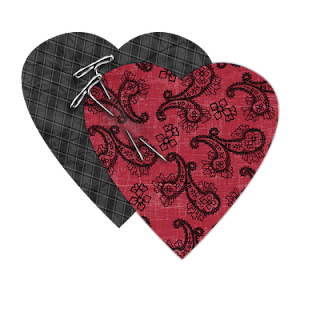 Tomorrow Tween Girl has a teacher appreciation luncheon. We were asked to make a dessert that is vegan friendly. We made little chocolate cupcakes, and in adjusting an icing recipe, we may have found a perfect little icing for making anytime! Here it is:

Mix together to make a thick, glossy icing. Yum.

Posted by Invisible Loom at 6:47 PM No comments: 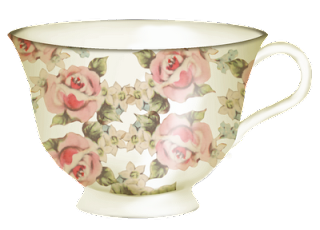 A dear friend has given me a tin of "Paris" tea from Harney & Sons. It is a heavenly tea, and such a treat on a dreary Winter's day. Here is a little something to go with your cup of tea.

Preheat oven to 375 degree.Butter a 12 cup muffin pan, or line with paper muffin cups. Stir together the milk and coffee in a small bowl until well blended. In a large bowl, stir together flour, sugar, baking powder, cinnamon and salt. Beat eggs and combine with milk and coffee, sour cream, butter and vanilla. Add to the flour mixture and stir until moistened. Stir in the chocolate. Fill muffin cups two-thirds full and bake at 375 degrees for 30 minutes. Cool on rack. Makes 12 muffins.

Posted by Invisible Loom at 11:11 AM No comments:

On and Off the Loom

My looms are almost empty, and need new projects. I have just completed a wonderful, warm sweater shawl, and I am nearly done with a short row scarf. Both are nice winter projects. Last weekend, I finished a wool purse and felted it. It does need a liner, but I must admit, sewing seams is a weak spot for me. In the mean time, there are nice loom-a-long classes this month: Ravelry loom-a-long group has darling patterns for snowmen; Loom class at yahoo groups is working on basics. This week is cast-ons. Markman Loom group at yahoo groups is working on stitch samplers as wash clothes. This week is a double rib. So, for now I am going back to practice and improve my basics, and wait for inspiration and a new pattern to pop into my head.
Posted by Invisible Loom at 7:03 PM No comments: 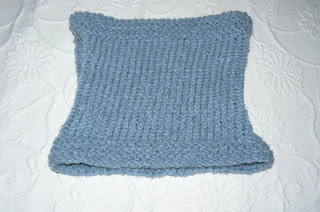 This is the 3rd of the three cowl patterns for the loom. It is simple and warm, and very cozy. The “ribs” on each side of the cowl create a gentle narrowing around the neck of the wearer.

Copyright 2010-2011 Invisible Loom and Craft, all rights reserved. For personal use only

Posted by Invisible Loom at 6:28 PM No comments: 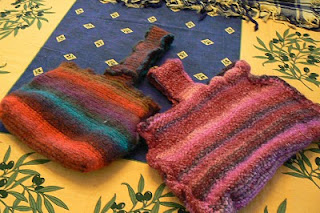 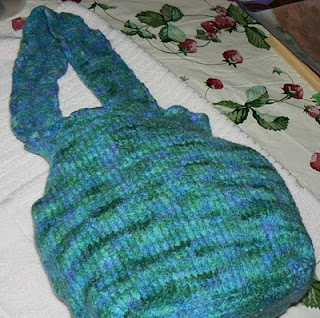 A simple pattern for these pretty purses, made from 3 skeins of striped yarn. The bright colors are fun to work with, although my color perception is not the colors my family tells me they are. I have made 3 with this pattern, and each yarn creates a different size and shape, so I am not giving a final size. The fun is in the felting, and enjoying the process.

Supplies:
A round or flat loom with 36 or more pegs. The sample is made on the 48 peg Knifty Knitter round purple hat loom
Loom hook
Crochet hook
3 skeins of wool yarn in WW (4) or bulky (5) , about 100 yards each***
Lining fabric for the inside of the bag
Ribbon for reinforcing the bag handle

***make sure the wool will felt

Pattern notes: this is my version of a simple felted handbag. It is a good pattern for using a bright, self striping or hand dyed yarn. The bag is made all in one piece, including the handle, then the sides are stitched together. If desired, a crochet edge can be added as well. The bag is felted in a washing machine 3 times, to remove the stitch definition and make it sturdy. Finally, a fabric liner is added, and ribbons glued or stitched to the underside of the handle to reinforce it.

Handle Options:
You can choose to have your handle centered or at an angle, messenger bag style.
Simple Loomed and Felted Purse Pattern