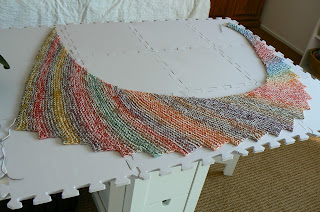 Today I thought I would show you some of the patterns from the "triangle" section of the book. I'm starting with a pattern called the "Mostly Harmless Scarf," named by one of my great testers, Pam. Some of you may recognize this as a loom interpretation of a popular needle knit pattern called hitchhiker. 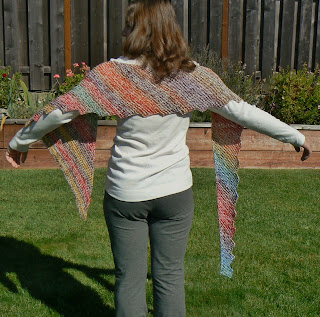 This great scarf is an asymmetrical triangle with a saw tooth edging. It is a wonderful scarf to make with long color changing yarns. The pattern includes the option of adding beads to each of the "points". 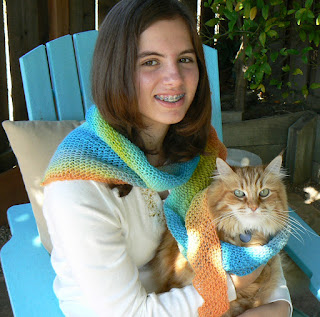 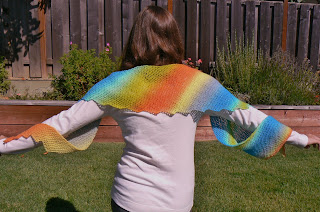 The main part of the section on triangles focuses on three "loom knit basics" - formulas for making triangles. These are the "bottom up", "tip up" and "short row" triangles. The three basic triangles and their many variations are explained in this part of the book. 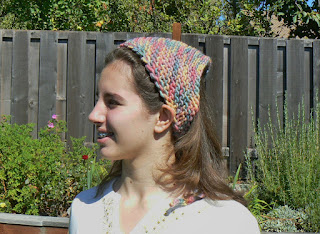 A little kerchief pattern, shown in the fifth photo, is part of the short row formula pattern. Would you believe of everything in the book, the kerchief was the one sample my daughter wanted? 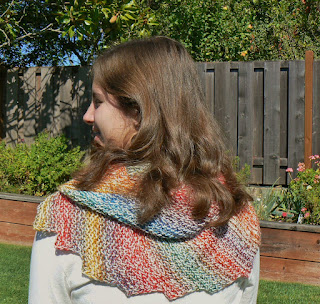 The triangle chapter gives you the foundation for the next section, squares.
To answer questions from yesterday's post, the book will be available October 1, 2012 (maybe even earlier) and there will be multiple pdf files, in 24 point font large print as well as a 12 point paper saver version. The pdf's are compatible with screen readers as well as kindle and tablet friendly. Back tomorrow with the squares.
Copyright 2012 by Renee Van Hoy, Invisible Loom. All rights reserved.
Posted by Invisible Loom at 12:39 PM